To purchase over Digital Stores ( Itunes,AmazonNokia , Spotify and many more 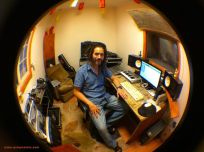