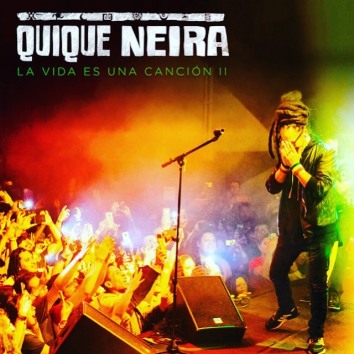 A total of 13 songs contains the new album by Quique Neira, who decided to launch his new album in the middle of the social outbreak that the country is going through.  Neiera included two themes that take on particular validity in the context that the country is experiencing these days. One of them is “Guerra”, with the participation of the Spanish band Green Valley. And a new version of “Mr Powa man”, originally recorded in 2006 and included in the album “Jah Rock”.

Like any album, this is a kind of photograph of the soul of whom created it. An x-ray that shows much of his joys, worries and emotions in general.

“Today with even a greater reason, we are going to say what we have to say as artists, from our trench we must do what corresponds to us, which is to deliver music that reflects everything good and everything bad that we see in the world,” says the artist.