“A life can be told through a group of songs, an artist can reflect to the audience what has been his life through different themes” citation Quique Neira

There are 11 tracks that show the tour of the life of Quique Neira, of which seven correspond to some of his classic songs (e.g. “Sentimiento Original”) and four new compositions,in which “Latinoamérica Libre” stands out. A single that has two versions, one of them featuring Newton, Puerto Rican artist.

“Latinoamérica libre” (“Free Latin America”)  emerges from the emergence of a new leadership in some world powers, who have the boldness to launch concepts that come to bear the dignity of Latin American peoples, as is the speech of Donald Trump. It is not an affront against Mexico only – it is against all Latin America and we have to make our point of view.

Posted on May 22, 2012 | Comments Off on Quique Neira honored with the National Arts Award Chile 2012 for Album ALMA 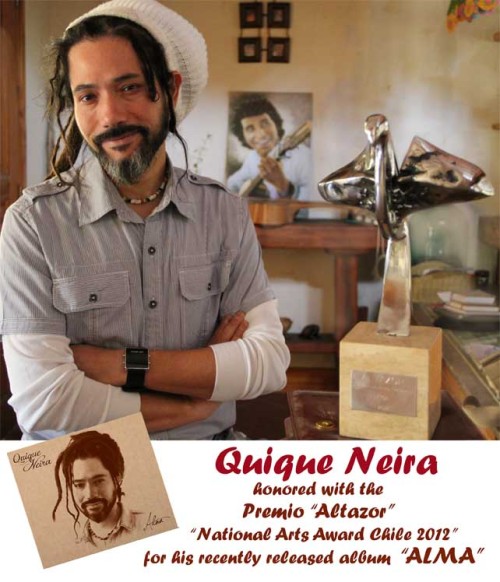 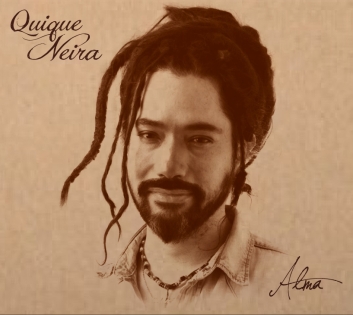 “Alma” (soul) is the energy of all of us, what makes us unique … what connects us to God,“ says Quique.

ALMA – his sixth production as a solo artist – is certainly the musician’s most mature and personal one.
The album includes some great guest musicians’ performances like the ones of David Hinds of Steel Pulse (Love, Love, Love), Alborosie (Yo Planto), Dogge Doggelito (Ojo) amongst others, conferring the disc internationality.

ALMA, issued under the Chilean label Oveja Negra, contains 20 tracks. Quique Neira composed and recorded ALMA in his own studio, Madera & Agua, in Santiago/Chile, but it has as well been recorded in various studios e.g., in Austria, Switzerland, England, Puerto Rico, Venezuela, Sweden, Jamaica. The album was mastered by Jim Fox in Washington, D.C., U.S.A.