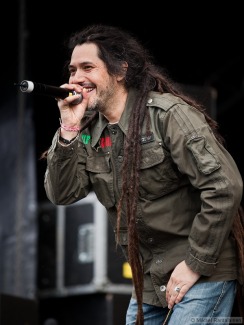 The charismatic Icon of Latin Regga Quique Neira – Chilean singer, songwriter and producer – has risen to legendary status in Latin America’s Reggae circles since the 1990’s –

Quique Neira has a unique voice and is a great live musician.-His mellow mix of Roots Rock Reggae and Latin rhythms has drawn hundreds of thousands enthusiastic audience  to clubs and large Festivals in Latin America, Europe, Australia…

In the 1990s he became a permanent fixture on the Latin American Reggae scene as a frontman and composer for Gondwana and Bamboo.

2003 he started his successful solo career. He is considered to be one of Latin America’s most famous and talented musicians. Honored in Chile by the Altazor Award for Best Composition in 2006 for his album “Cosas Buenas” and in 2012 as the Best Album of the Year for his

album ”Alma” featuring international artists as David Hinds (Steel Pulse), and Alborosie among others.  With his solo albums he always gets the charts in his homeland. –

Quique Neira’s solo career led him to perform in Latin America in live concerts throughout Chile, including the Easter Island, in Peru, Mexico, Ecuador and Colombia at big Latin American festivals – 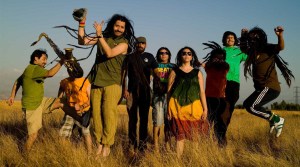 He preformed with his band in  international festivals e.g.  at Festival Mundial/Tilburg /Netherlands,

Australia 2013 .- Neira has been touring to such far destination as Australia performing at major festivals like Brisbane Festival, Sydney Latin Festival and at the Melbourne Festival, to mention only a few. 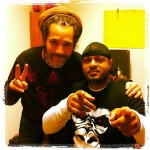 the prestigious multi Grammy nominated music producer Jason “J Vibe” Farmer to join him in this new production. This will be the first record of his career in which Neira will be singing in three languages, with songs in Spanish, English and Portuguese. “Un Amor”,

“A life can be told through a group of songs, an artist can reflect to the audience what has been his life through different themes” citation Quique Neira

There are 11 tracks that show the tour of the life of Quique Neira, of which seven correspond to some of his classic songs (e.g. “Sentimiento Original”) and four new compositions,in which “Latinoamérica Libre” stands out. A single that has two versions, one of them featuring Newton, Puerto Rican artist.